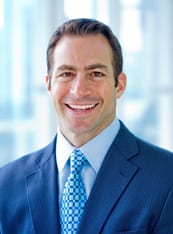 Michael Hamra is the President and Chief Executive Officer of Hamra Enterprises based in Springfield, Missouri. Under his leadership, Michael has helped build one of the largest restaurant franchise groups in the nation, with 137 restaurants in six states.

With his extensive knowledge of business and property development, Michael has also been involved in developing over 600 low income and senior housing units throughout the state of Missouri. His experience in development throughout the Midwest makes him an invaluable partner to Hamilton Builders.

Before joining Hamra Enterprises, Michael practiced law for more than eight years in Washington, DC. During that time, he specialized in telecommunications regulations and legislation. He also worked as a political appointee for the Clinton Administration while at the US Department of Commerce. He was a key participant in implementing policies to support a government initiative to connect all of the nation’s schools, libraries and healthcare organizations. While working in DC, he also served as the Chief of Staff and Legal Advisor for the Federal Communications Commission’s Wireless Telecommunications Bureau.

Michael spent much of his law career working in a fast-paced, collaborative environment – at times reaching beyond U.S. borders developing skills and experiences crucial to his success in property development today. Michael represented the United States as a speaker specialist on regulatory policies and in 2001, he was commissioned by the U.S. Department of State to represent the United States in the Federal Republic of Yugoslavia; assisting the new Yugoslavian government in overhauling the telecommunications law inherited from the Milosevic regime.